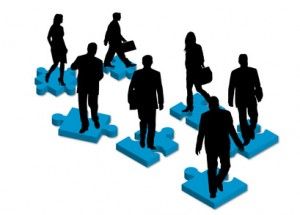 Entrepreneurs who are starting up their own businesses should be careful in protecting their IP inventions from former employees.  They should not take for granted that the IP work they create off company hours is theirs to keep.  Employers may be able to stake a claim in ownership.  Here are five ways employers can claim ownership over their employees’ work.

1.) Is the created IP work similar to work done for the former employer?

What are the employee’s specific new job functions?  Are the job functions different for start up company than they were for previous employer?  If gaming software developer were to quit job and invent his own game, he is in jeopardy of losing his intellectual property as this considered to be in direct competition with his former employer. However, if a manager of a shoe store quits position to open up an online dating site, then the manager is not directly competing. Employees that are performing different job functions have a better chance in court to prove they are not directly competing with the old employer.

Another type of agreement new hires are likely to be asked to sign is the non-compete agreement.  This agreement goes hand in hand with the confidentiality agreement.  Whereas the confidentiality agreement is set forth to ensure no trade secrets of the company are revealed and used after employment terms end, the non-compete agreements are set in place to keep former employees from directly competing against them.  Usually there is a duration period of two to five years for non-compete after which time, employees can compete.   This agreement is very common to see enforced with sales and account executive positions and IT developers.

4.) Did employee use former employer’s facilities or equipment to create IP work?

5.) Did employee perform the IP work while on company time?

It should go without saying that one should never work on side business tasks while on the company’s hours and dime.  Any work done while at work for the employer, shall remain the employer’s property.  Usually, this is specified in the agreements.