A copyright for music that may also pertain to cars 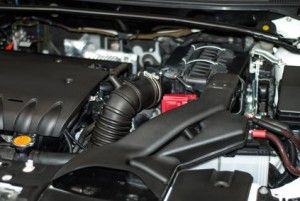 motor vehicle under the hood

Copyrights are primarily used to protect creative ventures like music, books, paintings and the such.  So reading that there may be a copyright law protecting music that also protects cars is interesting to say the least.  What would be the connection between the two?

Have you ever heard of the Digital Millennium Copyright Act of 1998?  The Digital Millennium Copyright Act “criminalizes production and dissemination of technology, devices, or services intended to circumvent measures (commonly known as digital rights management or DRM) that control access to copyrighted works”.  In May of this year the Library of Congress held a series of hearing during its normal 3 year review of exemptions to this Act.

One of the exemptions being considered would to allow mechanics to bypass the technology protections and have access to the electronic control systems or the software that operates these systems.  The systems involved may be the braking system, speed control, airbag system or steering system.   The main argument is that owners of motor vehicles should be able to repair their vehicles as has always been the case in many garages around the country.  Car enthusiasts have long loved to tinker on their cars, modify them or just investigate how they work.

Car manufacturers see things a bit differently.  They argue that these systems should not be worked on by the car enthusiasts or mechanics other than certified ones.  They maintain that these systems control the safety, emissions controls and fuel economy.  Any person having access to these systems could alter them and affect the performance and required regulations. In the past when people would work on their own cars, they could only perform the work up to the level of knowledge they had.   Now the concern is, with all the electronics in today’s vehicles, will the system continue to work as intended.

The general feeling is that the Library of Congress may make some minor changes in allowing owners to work on their motor vehicles but nothing of great consequence.  Most likely the subject will be back up for discussion in another three years.

Copyrights today aren’t cut and dry like they used to be.  With modern technology, something once meant to protect a musical piece can now be applied to many different products.  Computers and electronics have broadened the definition of the law.  The decision in this case should come out in the fall.