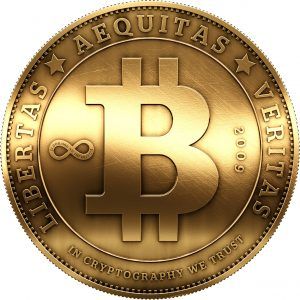 By now, just about everyone has heard of Bitcoin, the virtual money that everyone continues to use, though it does not appear to be recognized by many places as actual currency or anything else of value, as of yet. However, things are changing for China when it comes to the use of Bitcoin.

Soon, very soon, China will have a set of laws that offers legal status to Bitcoin and other digital currencies throughout the entire country.

What Does This New Law Mean?

It means that the law and other civil agencies are going to be seeing Bitcoin, as well as other virtual currencies as actual currencies throughout the country. The new law is going to make the Bitcoin viewed as private property of the owners, which means that this is a big change for the country as a whole. This property is now giving value to many households that would otherwise not have it, creating assets for the residents that own Bitcoin.

Bitcoins are now considered personal property, as of 2004 but continues to be amended as the years go on to include more coverage for those that own them. Two to three different Articles, such as Article 108 and Article 111 have to be reintroduced with new terms into the market in order to make Bitcoin more acceptable as property due to their online nature.

The amendment also states that there are no coverages for digital currency assets that are being held, which might also interfere with the new law to change the value of the Bitcoin to the user. They are working to extend the coverage, so that there are no thin lines or confusion on what can and cannot be covered under the new draft for the Bitcoins to be held as personal property by the owners, ensuring that they are entitled to hold them, as a currency, though not one currently widely used, and counted as well, as their assets for their households.

However, this new draft still leaves a lot to be covered when it comes to Bitcoin and other online currencies. Additionally, China is still very far from recognizing this online form of currency as a normal currency throughout the country. It could take quite a bit more time for the country to do so, as with other countries where Bitcoin are continuing to be used for other means and transferred from person to person.