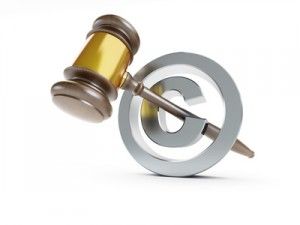 The internet comes under a lot of scrutiny these days for the rampant theft of intellectual property and other things that can be easily gotten from it. Since the internet involves no personal or face to face communication people do not seem to hold it to the same values as intellectual property found in other places. It is almost like there is an attitude that no one is looking so I am just going to take it; it is a lot like finding yourself alone in a candy store with a very active sweet tooth. A recent poll conducted in England among internet users ages 8 – 16 showed just why that the holders of intellectual property rights on the internet have a big reason to be concerned

Here are a few of the polls more relevant findings. Only 45% of the children agreed it was wrong to access and download content without the owner’s permission. Without a doubt the highlight of the poll; a staggering 50% of those young adults surveyed believe that music, movies, and generally anything that can be found on the internet should be able to be downloaded for free. I can just imagine the folks from Hollywood and the music industries faces cringing when they read this. There is also an alarming correlation between cost and the ability to download for free; the more an item costs the more favorably free downloading was accepted, it holds true that it is the beginning of an attitude when older that piracy is ok on items that a person feels are priced too high.

Do you have to worry about what a bunch of 8 – 16 your old kids think? Consider this; it has long been known that most kid’s attitudes toward racism are based on what they learned from their parents when they were young. Smoking was reduced in America by almost two thirds after years of programs aimed at educating children as to the harmful health conditions that result from it. In 10 – 20 years a lot of these kids will be actively involved in decisions that will affect copyrights and other intellectual property on the internet. So you absolutely have to be worried about what they think