Prior to the implementation of the Leahy-Smith America Invents Act (AIA), Federal Rule of Civil Procedure 20 governed permissive joinder of defendants in patent infringement suits. However, prior to the AIA, district courts were split on how they interpreted Rule 20 in patent infringement litigation. A few district courts interpreted Rule 20 to allow defendants to be joined based solely on the claim that the defendants infringed the same patent.

After the federal legislation was passed by Congress, President Barack Obama signed into law the AIA on September 16, 2011. The AIA represented the most significant change to the United States patent system in over 50 years. Section 19 of the AIA amends Rule 20 for patent cases to require a basis for joinder beyond an allegation that the defendants infringed the same patent. Specifically, the AIA amends 35 U.S.C. § 299 as follows:

(1) any right to relief is asserted against the parties jointly, severally, or in the 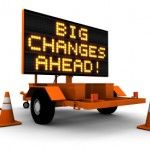 alternative with respect to or arising out of the same transaction, occurrence, or series of transactions or occurrences relating to the making, using, importing into the United States, offering for sale, or selling of the same accused product or process; and

(2) questions of fact common to all defendants or counterclaim defendants will arise in the action.”

Section 299 is similar to Rule 20’s two-prong test for permissive joinder. However, it adds the requirement that the transaction or occurrence relate to the making, using, or selling of the same patented product or process.

The impact of § 299 will be determined by how courts interpret both the meaning and scope of the new provision.

In Mednovus, the Plaintiffs sued the Defendants for patent infringement. However, the Plaintiffs alleged that each Defendant was infringing on a different set of products, with some overlap.

The court stated that the allegations were facially insufficient to meet § 299’s new heightened standard for joinder. For one, the Plaintiffs’ allegations that each Defendant infringed on a different set of products fails § 299(a)(1)’s requirement that the Plaintiffs’ right to relief “aris[e] out of the same transaction, occurrence, or series of transactions or occurrences relating to the making, using, importing into the United States, offering for sale, or selling of the same accused product.”

The court held that each Defendant should be severed from the others, except Defendants QinetiQ and Metrasen because of their close relationship, in that Metrasen was a spinoff and licensee of QinetiQ.