Are there any company names still left that aren’t trademarked? 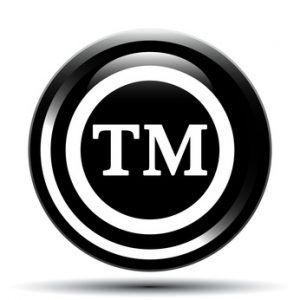 Let’s say tomorrow I produce an amazing product (a honey that doesn’t stick, a soda that never fizzles, thread that easily goes through a needle) and I am ready to take this creation to market. Now, what do I call it? Something catchy of course. As I sit down with my friends and brainstorm names, we come up with the name that truly says it all. It reflects the product, it’s clever and it tells your story. You decide to take it to the next step and trademark that name. What’s that you say? Already has a trademark on it? Well, back to the drawing board. Oh! I know! I’ll just use my name. If your name is half as common as mine, you will know that that just won’t be possible, because it seems just about everything has been purchased.

The above is a little bit of a figment of my imagination and a total hypothetical situation, but the outcome can be all to real for those in business. Recently, an Ocean City brewing company was slapped with a lawsuit for their misuse of a trademarked term, Shorebilly. The couple, that owned the term tried to warn Danny Robinson, brewer, that he was infringing on their brand and that he needed to comply. Robinson simply ignored requests to let that particular company name choice alone and carried on with his development of the brand. He created hats, t-shirts and all kinds of merchandise carrying the Shorebilly name. Intending to use the term for clothing, Teal Bay Alliances stated they had no choice but to serve the entrepreneur. They believe he otherwise would have kept on with their already trademarked brand name.

On January 24th, Robinson changed his company name to Backshore Brewery Co. This was after he had solicited names from the general public, and received around 1,000 responses and found that not one response was usable because every idea had already been trademarked. Talk about having difficulty making something “your own”. The upside here is that through this rebranding Robinson says he found a nautical term that really stands for what his company was built on. In the end, isn’t that what trademarking and branding is truly about?