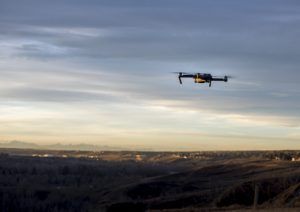 In Australia the drone laws just got a whole lot more relaxed, and that has pilots on edge. Pilots and air traffic control officials say that the new laws could lead to mid-air collisions between aircraft and drones. The laws could even lead to airplanes crashing if they get unlucky enough during one of these collisions. Drone owners are excited about the relaxed attitudes toward the aircraft, but it could be a serious problem according to some experts.

According to the new laws, any drones under 2KG in weight, don’t face too much regulation at all. There are special air zones they have to avoid, and they can’t be flown too high in the air, but they don’t have to be registered and there aren’t many restrictions around them at all.

The Risk of Impact Fire

Drones pose a serious risk to plane engines and helicopter tail rotors. These hard objects can cause impact fires and put everyone on board the aircraft at risk. When drones collide to this high-speed aircraft, they could explode, or lead to the engines exploding or bursting into flames. That’s a very serious cause for concern.

While the new laws are more relaxed, there are some regulations in place to help protect aircraft. There are limited areas that drones are allowed to fly, and if they breach these areas their pilots could face fines up to $9,000 in total. Of course, a drone that causes an airplane to crash is going to lead to a whole lot of legal problems for the owner, but without a careful registration process, it’s possible that the owner of the drone would never even be discovered.

There is a lot of controversy over these more laid-back drone laws in Australia. Many people say that it’s the way to go. After all, it’s more affordable than trying to keep track of all the drones and the people flying them, and for the most part it’s not causing too many problems. Those responsible for keeping aircraft safe in the country say that the laws aren’t strict enough, though, and that there is still a very real risk posed by these devices that are being allowed to fly around freely.

Only time will tell if the Australian government gets the hint that the new laws might not be quite safe enough. For now, drones are given a lot of free reign in Australia and owners are certainly enjoying it.