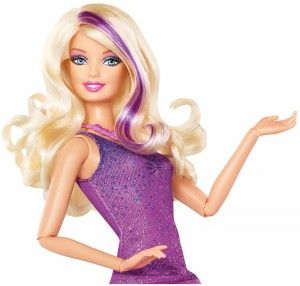 Most little girls have a doll or two during their childhood.  Some like the baby doll types and others like to play grown up with an older doll.  The most famous of these older dolls is Barbie.  Barbie has been around for generations and the name evokes images of long blond hair, blue eyes with make-up, long legs and an incredibly unrealistic figure.  Barbie’s name has been associated with grown up dolls for so long that any grown up doll is called a Barbie doll; much like a tissue is called a Kleenex.

Now move forward a few years, 42 to be exact, to the introduction of Bratz dolls.  Bratz dolls are a version of grown up dolls with a big head, big eyes and slim body.  These dolls were an instant hit with girls.  Thinking back on Barbie, you can see there has been an evolution in her looks.   There have even been variations on friends and relatives of Barbie, like Skipper and Chelsea.  Just look at the pictures of Barbie and it’s easy to see the changes.  It just so happens that Barbie introduced “My Scene” Barbie after Bratz became popular.  These Barbies had larger eyes and slimmed down bodies and the makers of Bratz cried foul.  A lawsuit was filed.

MGA Entertainment, the makers of the Bratz dolls claimed that Mattel, the makers of Barbie were copying their doll design due to its popularity.  It is easy to see the resemblance.  Mattel did not take this lightly and fired back.  It appears the brain behind the Bratz was Carter Bryant.  Mattel claimed that Bryant designed the dolls while on their payroll.  Mattel had a contract with Bryant that any designs he came up with while employed by them belong exclusively to Mattel.  He was employed by Mattel from 1995 to 1998 and again from 1999 to October of 2000.  Those Bratz dolls made their appearance on shelves in 2001.

At trial, a jury awarded Mattel 100 million dollars from MGA Entertainment.  Also, all Bratz dolls were to be removed from the store shelves.  You probably realize these dolls are still available for sale.  That is due to MGA going back to court and this time prevailing.  It’s for certain the court battle of Barbie vs Bratz will continue to rage.  If Mattel was smart, they would come out with Judge Barbie and a courtroom setting for Barbie’s next adventure.