Can Passengers Sue Cruise Ships for Catching Norovirus On Board Ship? 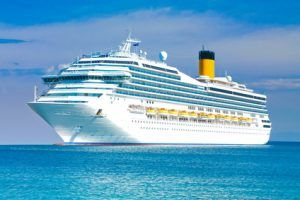 In the past year, a mutant strand of the norovirus invaded over a dozen cruise liners around the world. The virus is nicknamed “Sydney 2012” because the virus is believed to have originated from Sydney, Australia.  Prior to modern day technology, passing ships communicated through use of various flags, with the yellow flag indicating “Plague Aboard”.  Today news of plagued ships spreads like wildfire through the internet, phone lines, radio, and television.  People violently spewing their five star dinners, is not the lasting impression the cruising industry wants to leave in consumers’ minds.  This negative press hurts their industry, which is exactly why cruise ships try hard to downplay virus outbreaks.

NewsChannel 5 did an investigative story in January on people falling ill as a result of cruise ship workers breaking the sanitation rules.  Their investigative team discovered that many cruise ship workers who are ill will still continue to work and not report their ailment to managers for fear of losing their jobs.  Also rarely are crew member ailments reported to the Centers for Disease Control (CDC).  These cruise ship workers include stewardesses that handle room cleaning and cooks that prepare passengers’ food.  Talk about a recipe for norovirus cross contamination outbreaks!

Norovirus is spread by touching contaminated areas where norovirus is present and then putting fingers in the mouth, by eating food and liquids contaminated with norovirus, or by directing coming into contact with infected person.  If a passenger falls ill to norovirus while on board a cruise ship, can the passenger sue the cruise ship company on grounds of product liability?

Yes, a passenger can sue the cruise ship company for food poisoning.  However, to win the case will be challenging.  In order to win the case, the passenger must prove that the food eaten was contaminated and that the food was the source of the sickness.  This is easier said than done.  If more than one passenger fell ill at the same time and both ate the same food or if the CDC issued an outbreak warning on the food eaten, then passenger would have more of a case.  There is strength in numbers.  The more plaintiffs involved, the more likely the passenger’s claim is valid.

The other part of winning a food poisoning case is to prove that the contaminated food made the passenger sick.  The best way for a passenger to obtain this proof is by taking a small sample of stool to have tested.  Yes, that is a pretty disgusting measure to take, but extremely effective.  It is hard to argue against lab test results.  Actual evidence linking contamination back to the ship is the key to a strong case.