Can Someone Trademark Your Catchphrase After It Is Cancelled? 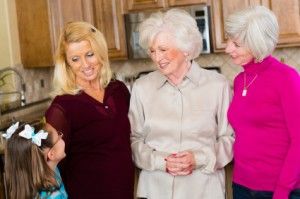 Do you remember the ridiculously cheesy LifeCall commercial that first aired in 1989?  Perhaps you may be able to recall it better with this famous catchphrase, “Help!  I’ve fallen and I can’t get up.”  Do you now remember?  LifeCall, a medical alert and protection company produced this commercial showing an elderly woman fall within her home and not be able to get up.  The woman saved herself by pressing the medical alert button around her neck and calling LifeCall for help.  The commercial was an instant hit because of its overly dramatic acting.  This commercial was so successful that people like my sister sported trademark t-shirts with the famous catchphrase.  The commercial brought LifeCall from a relatively unknown company to a household name.  You would think that this company would still own the trademark for the catchphrase that put them on the map, right?

It turns out LifeCall who registered the phrase “I’ve fallen and I can’t get up.” as a trademark with the United Stated Patent and Trademark Office (USPTO) in September 1992, did not maintain the trademark.  As a result their trademark registration cancelled and became available for competitors to take and that is exactly what one such company did.  LifeAlert, a direct competitor of LifeCall swooped in and registered the catchprase in 2007.  They also trademarked the similar phrase of “Help!  I’ve fallen and I can’t get up”, prior to that in 2002.  It was two well played moves on the part of LifeAlert.

Think about it for a moment.  How easy is it for folks to become confused between the two company names?  LifeAlert and LifeCall are very similar.  Both start with the same word.  If a person who has not seen the original commercial in over a decade were to now see a new commercial made by LifeAlert that had the same famous phrase in it, they might just assume that the original commercial they saw years ago was a LifeAlert and not LifeCall.  They might soon forget altogether the name LifeCall.  All those potential customers that LifeCall could have brought in are now being steered to LifeAlert.  It is as if LifeCall unintentionally did a large portion of LifeAlert’s marketing for them, all because LifeCall did not maintain their trademark.

For more information on how to maintain and renew trademark you can visit the United States Patent and Trademark Office website or call a trademark attorney for more detailed information. Don’t fall into the same situation as LifeCall or your business may not be able to recover.