Can You Automatically Become Married? 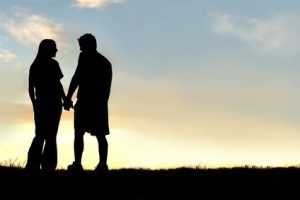 Not all 50 states acknowledge what is known as a common law marriage.  This is the term given when individuals have lived together for so long the state acknowledges them as a married couple.  The rights may be similar or even the same as a legal marriage in states that recognize common law marriage; however, there are some things to be aware of in case you do not want to be automatically married to the person you live with.

The truth is that this particular area of law can be tricky.  Most states acknowledge a common law marriage from the originating state in cases where one of the partners passes away shortly after moving to a non-common law state.  But for all other intents and purposes, you will likely need a legal marriage to continue to function as a married couple.  Here are the only states that recognize common law for the rights of a marriage:

A legal marriage of two people requires a license and a ceremony.  Within that marriage are legal rights for both individuals.  With the recent Hodges vs. Obergefell ruling, many changes are working their way through state policies.  While most states do not yet have the wording changed for same-sex common law marriage, some states may implicate retroactivity to this aspect.  Rhode Island and D.C. are leading the way in this regards.  The best thing to do is check your state’s laws to determine the legal rights and guidelines which must be met for the state to recognize the union.

Don’t Want to Be Automatically Married?

The amount of time both individuals must live together varies by state, so the best thing to do to protect against an unwanted civil union is to find out your state’s requirements.  However, the length of time of cohabitation is just one factor a court looks at when determining common law marriage benefits.  The best way to avoid it is to not file joint tax returns and not to refer to the other as your “husband” or “wife”.  The safest option is to create a signed document stating a joint intent to not be recognized as married.