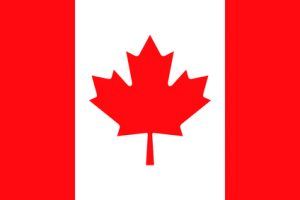 Governments around the world are struggling to deal with drones and how to govern them. They are much different than the aircraft of old, and are frequently being used for surveillance and photography purposes, which can easily infringe on the privacy of other people. Canadian government officials have been struggling with how to manage drones, and recently released information about pending laws that they are trying to come up with.

Canadian Laws in the Making

There currently aren’t many laws surrounding drones in Canada, but that looks poised to change, and soon. Transport Canada has been hard at work coming up with a bunch of proposed laws that it would like to put in place around these flying devices. The laws will include much of the following, but it’s hard to say for sure how much of it is actually going to become a reality.

There will likely be additional laws put in place in Canada on top of the laws listed here, but it’s difficult to see exactly what laws will make it and which are going to be thrown out. If the United States are any indication, most of the proposed laws will eventually become a reality, and at that point drone owners will have to really do their research to be sure that they are not breaking any laws in their area.

Drone Use in Canada

Drones are useful little devices that are quickly finding use in a range of different businesses. After all, it’s a device that flies high in the air and can carry small objects without issue. Drones are being picked up by businesses for inspection purposes, for aerial photography, for filmmaking and a bunch of other uses around the world. Pretty soon it will be standard for most business owners to own a drone, and drone use is going to become even more widespread and common in the future.

Drones are flying devices equipped with high quality cameras. It’s easy to see why they are a concern for those that care about their privacy. It’s all too easy to spy on neighbors and anyone that you like really. Drones can easily be flown high enough to peer into a second story window, and they make looking over property easier than ever before. Many people are worried about drones and how they compromise their privacy, and that’s exactly why lawmakers are hard at work trying to figure out a way to protect people’s rights.

The Canadian government still has a long way to go before coming up with solid laws governing drones, but they are heading in the right direction with their legislation at least.