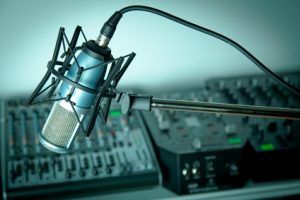 The Civil Law Court in Liberia has made the decision, effective immediately, to close down two radio stations upon the direct request from the Telecommunication Authority within the area. This is due to the radio station’s inability or refusal to regularize their status while on the air with the country.

Since they’re not following the rules set forth by the government in the area, as well as not paying their taxes, as they should; they’re going to be closing down the stations on air. The taxes are required by law for all of the companies, including radio stations to pay, in order to continue running. When failure to pay these taxes becomes an issue, measures are then taken to not only close the business, but also bring the owners to court to provide resolution on the amount that is currently owed to the government.

Why Removal From the Air is So Important

The government is making an example out of the radio stations, and they want to show others that there is law and order throughout the country. When someone fails to abide by the rules set forth by the country, then there are going to be consequences that have to be followed through with. This then shows the others that they have to also pay their taxes, abide by the regulations and ensure that they’re not in direct violation of the codes.

This measure is taken to ensure that other radio stations and businesses do not get the same idea, because they’re not allowed to deny the rules and regulations that are set forth by the government, such as having to pay the taxes in order to keep the businesses running.

The next step is to remove more radio stations from the air due to the same reasons as these two that have already been removed. Many of the radio stations, as well as some of the other businesses throughout the area all have been moving together in this act to not pay their taxes or follow regulations set forth for the entire country.

For failure to pay the taxes, permits will not be given back to these radio stations. This is something that has come into effect recently, and the radio stations can then be given to others that will follow the rules and regulations set forth by the government, so that they can have someone in there that understands the laws.