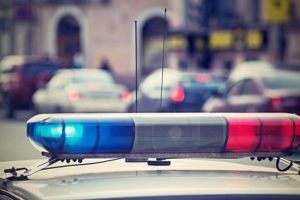 The atmosphere in the United States lately is all about civil rights being violated.  There are people claiming they are being discriminated against because of their sexual orientation, their age and their race.  In the past year we are all too familiar with the claim from the black population that they are being targeted by white police officers.  How many times have you seen signs for “Black Lives Matter”?  And the Muslim population claims they are harassed because of their religion due to the terrorist activities of the Muslim extremists.

If, indeed, these allegations are correct, the individuals involved could take their cases to court.  But because of the number of people jumping on these bandwagons, it may be difficult to prove.  As unfortunate as it is, there are those who claim their civil rights have been denied or they’ve been discriminated against when they really haven’t.

Let’s take the police issue.  Are white police officers targeting black people? While I’m sure there may be some that are, for the most part that probably isn’t true.  Many law enforcement agencies are taking precautions to ensure their officers are not falsely accused.  Anyone can take a short video clip with a cell phone and make that clip appear damaging, however, officers are taking it one step further and now wearing body cameras to record the entire event when they are dispatched to a call.  Another thing that states have incorporated is profiling data on car stops.  Every car stop is documented and the race and sex of the driver is entered into a data base.  This will allow the state to look and see if any particular group is being targeted.  Unfortunately, this is based on minorities being targeted by white officers.  There is no way to determine the race of the officer.  There is no way to track if a black officer is only stopping white drivers.  It’s a flawed system, but a start.

What needs to be remembered by those who feel they have legitimately been denied their civil rights, is to document all incidents.  Take that information to an experienced civil rights attorney to determine if in fact you have a case.  Hopefully, there will come a time when only legitimate claims of civil rights denial are made known to the public.  False claims only put a burden on the justice system and cause division in our country.