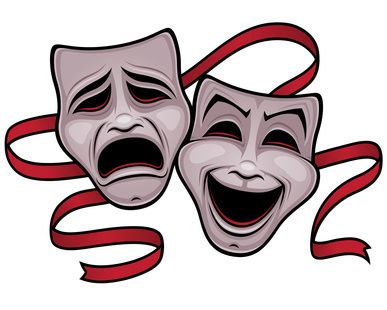 When you think of Orlando, thoughts of DisneyWorld and Universal Studios may be the first thing that come to mind. Along with those visions are kids, lots of them! While children are wonderful more often than not, a nice time out at an adult only venue can be just what the doctor ordered. Look no further than Mama’s Comedy Show, a comedy improv show for a mature audience and Sleuths Presents: Standup Comedy Nights! Both are located just east of Disney and south of Universal on International Drive in Orlando at the Sleuths Mystery Dinner Theater.

Modeled after “Whose Line Is It Anyway” with the audience acting as an active participant, every Mama’s Comedy Show is different and promises to be a good time. Admission is just $10 and shows are Fridays at 10pm. Reservations, while not necessary, are recommended to ensure you and your party will get seated. Calling themselves a family, there are twelve members involved with Mama’s. They have been performing for four years and have earned rave reviews from their audiences. With comments like “A+ super funny,” “wicked fantastic show,” and “soooooo funny” it is a sure bet for a great night.

Sleuths Presents: Standup Comedy Nights are held in the Garden Room at the Sleuths Mystery Dinner Theater. The fun begins at 10pm but doors are open at 9:30pm for drinks and light fare from the kitchen. There is no cover with a purchase off the menu or from the bar. This is also an interactive show with the audience determining who is funniest with its applause. The local comedians are awarded prizes for their efforts.

If you can’t find a sitter for the kids, the whole family can stop at Sleuths Mystery Dinner Theater earlier in the evening to enjoy the murder mystery/comedy show and dinner. Open in 1980, the Theater has garnered rave reviews with customers calling it the “highlight of our vacation” and an “evening to remember.” Prices begin at $56.95 for adults (which includes dinner, the show, and unlimited wine, beer, and soft drinks) and $23.95 for children (ages 3 to 11). Shows run nightly with start times  on various evening at 6pm and 7:30pm and guests are invited to show up 45 to 60 minutes early to enjoy hor d’oeurves and meet the characters.

If you find yourself looking for an evening out with or without family in tow, Sleuths Mystery Dinner Theater has you covered. Murder mystery or improv comedy, it is not your typical night out. Just a short drive from Melbourne, it is a great way to spend the evening!