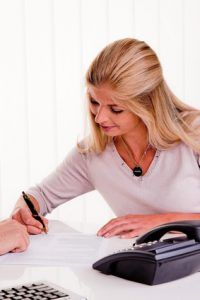 Relationships are confusing.  It’s difficult enough to keep on going these days without worrying about any legal situations in a relationship.  Before the 1960’s it seemed the “normal” relationship for males and females was marriage.  Living together was not considered legal.  As laws relaxed regarding cohabitation, many couples opted to live together prior to making their union official with a legal marriage.  Living together instead of being legally recognized as a married couple causes all kinds of civil and legal issues.  If a relationship sours and the couple is splitting up, it’s not just the returning of a ring or a letter sweater any more.  It’s who gets the living room furniture?  Who takes the library of DVD’s?  How do you get your name off the lease of the apartment and can you recoup your portion of the security deposit?

Some couples who lived together just never bothered to make the union legal.  They continued to live together for years.  In some states their living together arrangement is considered a common law marriage. There are nine states and the District of Columbia, where common law marriages are recognized.  The nine states are: Alabama, Iowa, Colorado, Kansas, Rhode Island, Texas, Montana, Utah and South Carolina. New Hampshire will recognize a common-law marriage for probate purposes only.

While some people think that “little piece of paper” doesn’t make a difference in a relationship, they might want to reconsider that.  When a couple makes their union legal, they are eligible for many benefits; health insurance for one and social security for another.  It also makes a difference when one of the two people pass away.  For example, a man and a woman live together in a house she bought with the money from her divorce from a different man.  She had two children with this man.  The couple has now lived together in Florida since 1980.   The female learned 3 months ago that she has stage 4 lung cancer and has 6 weeks to live.  She writes on a piece of paper that she wants him to be able to have the house.  Now it’s several weeks after her death and her estranged son shows up claiming the home to be his.  Chances are, he will win this claim in probate court.  Florida doesn’t recognize common law marriages that took place after 1968.  The piece of paper wasn’t witnessed and cannot be considered a legal will.

The lesson here is to make sure you have a legal will so your final wishes will be honored.