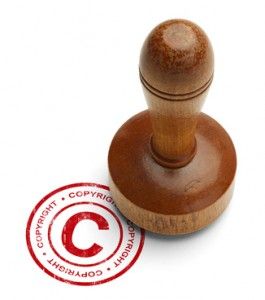 The concept of intellectual property is relatively new, and even more novel, is the idea that intellectual properties have monetary value.  Although the idea of getting a patent is a few hundred years old, it is only in this modern era that people want to have exclusive rights to the creations of their minds.  Take for example, the art of storytelling, which spread by just word of mouth.  It became the property of whoever heard it, and that is why yesteryear’s fairy tales and fables are still being told today.

No one really knows just who started rolling the stone, but today it is an established thought that if my creation can bring me money, then no one else is allowed to use it.  Hence why today we have laws and rules, along with infringement and trademark attorneys, who keep a sharp eye out for our interests.  One has to think twice to use an image, as it might be someone else’s trademark and have a copyright right attached to it.

It is not only the individual who benefits from the use of a patent or a copyright, but also society as a collective whole.  Your invention will be sold under your name and the standard that you keep will be maintained by you.  However, others are allowed to invent and innovate as long as it is not an obvious addition and is 100% unique.

While the patent system has brought about an increase in social wealth in one’s own country, it might not do much to protect the creation of the mind when centers for innovation and research are set up in other countries.  Even though countries are obliged to obey international laws governing trade across the globe, there is usually a leak in the information and knowledge bank.  Even if done on a small scale, it is still infringement and invisible barriers are being crossed, especially when copyright right protected properties are being duplicated.

Where is the Road Leading to?

No matter how many laws and rules are established, infringement is on the rise and lawsuits are becoming an everyday occurrence.  Perhaps the game is getting more complicated or the else the world is on an insane move to claim rights on IP.  Kodak is on the warpath with Apple and Blackberry, claiming that they have both stolen the company’s digital camera technology.  It seems that no one is immune to lawsuits, and that is why trademark attorneys are going to be busy henceforth.