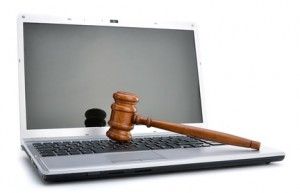 Over two decades have passed since the wide world web made its grand appearance into the homes of people everywhere. Of course, the government had already been dipping their hands in it for quite some time, but even they were not aware of the true potential within this animal. They were undoubtedly caught with their pants down as cyber crime (which was a new word to the world at that time) began to manifest, placing attacks on the government, businesses and in the homes of the everyday modern family.

There are many types of cyber crime. Here is a list of some that you may or may have not heard about.

So how do we fight Cyber Crime? What are the laws that protect us? Well, law enforcement agencies are only authorized to enforce the law within their jurisdictions. A police officer commissioned in California has no authority to arrest someone in Florida, the FBI doesn’t have the authority to arrest someone in Spain and so forth. So, jurisdictional issues always hold up the process.

In order to know how to handle these crimes effectively, there are many factors that need to be determined in order to bring these criminals to justice.

There is good news about beating these criminals at their own games. Computer forensics has come a long way, and there are tools available to investigators that allow them to examine digital evidence without tampering with it. Trained forensics examiners can reliably preserve data for presentation in court and even recover deleted data, and the legal system is evolving and new procedures are being adopted to deal with the special challenges presented by the nature of digital evidence. Furthermore, countries, as well as states within the U.S., are forming interjurisdictional task forces to deal with cybercrime that crosses state and national boundaries.