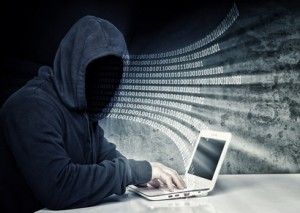 We are facing a new era.  One in which everyone on earth is involved in some way or another.  Do you know anyone who has not been a victim of some form of cyber espionage?  We can all probably identify one area of our online lives that has been hacked even if it is as small as an email address.  You get the embarrassing text or IM from a friend that they think you have been hacked because ‘you’ sent them a mysterious link.  Well, there is a war raging over much bigger and less risqué information that is changing the face of the entire planet.

CrowdStrike and the Big Guns

CrowdStrike is a company birthed in 2011 to safeguard against major cyber-attacks.  With today’s global networking and intelligence gathering, the best anti-malware products can’t keep hackers out.  Take a look at what is going on right now with China going after major companies’ trade secrets in the last two weeks.  CrowdStike has pulled out the big guns.  Thankfully, they stopped the attacks before any “theft of intellectual property and trade secrets” were stolen.

Some even say the track this new way of handling intellectual property attacks has put us on a path that will inevitably take us face to face with privacy infringement and other questionable ethical practices.  But what do you do?  Lay down and take it while countries steal intellectual property?

Beyond Personal Computers and Stealing Purses

Most people have adequate security measures on their computers with firewalls, anti-virus software and malware protection.  But that isn’t enough anymore.  The day and age of stealing purses is being replaced by hacking online purse strings through card readers at the stores you shop or through your insurance carrier’s data.

And the threat goes beyond some kid sitting in his parents’ basement, hoping to steal enough money to buy a new game console.  It isn’t crime organizations stealing your identity to go on a great vacation.  Those are awful in and of themselves, but the attackers are other countries out to suck the life blood of innovation vital to capitalism and to steal vital technology, thwarting global competition and trying to gain an upper hand in the global market by gaining corporate and government secrets.

When there is no more land to fight over without entering into a costly and bloody war, the focus has shifted to intellectual property.