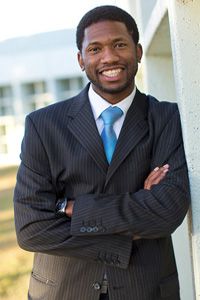 Many retailers rely on reviews by other customers to boost goodwill and rely on good service and a high quality product to encourage customers to post positive reviews. Users of the App Store sometimes rely heavily on those posted comments before making a purchase.

As I’ve written about in a previous blog post, App Store Reviews may not always be the most truthful. Developers have to be vigilant in monitoring their App reviews because some of the reviews received by a user may be blatantly false. How does the Developer protect himself from these false reviews that are specifically designed to injure the reputation of his app?

While the law is slowly evolving to manage cases that arise in an internet landscape that was previously unanticipated, the law relies on some basic tenets.

As a last resort, a Developer may opt for recourse via the Court system. To recover in a Libel or Slander suit, you must be able to show that the defendant conveyed a defamatory message; that the material was published, meaning that it was conveyed to someone other than the plaintiff; that the plaintiff could be identified as the person referred to in the defamatory material; and that the plaintiff suffered some injury to his or her reputation as a result of the communication.

A problem with online media however, is that tracking the initial author of the comments can sometimes prove tricky.  Additionally, the post may not in actuality be false. A negative comment that is not false may not be considered defamatory.

In a recent case that involves seller review, an eBay seller filed suit against a customer because she posted negative feedback that she had since refused to retract. The customer, Ms. Nichols, posted a negative review on eBay indicating that she was dissatisfied because her product arrived with an extra $1.44 due in postage. The seller, Med Express offered to correct the mistake and asked her to retract the comment. However, Ms. Nichols refused to retract the comment because it was accurate. Med Express has since apologized for the lawsuit.

However, in another case, a Court ordered a Yelp user to change a negative review. In that case, the user alleged that a company did damage to her home, trespassed and even stole jewelry. That decision was overturned, because the Court may not prevent speech that might be defamatory.

So while it may be possible to have some negative comments removed, the likelihood of success will tend to revolve around whether or not the statement is demonstrably false. It is also important to note that litigation, against existing and former clients regarding reviews, even when justified, does not leave a warm fuzzy feeling in potential clients.

If you have a question regarding patents or intellectual property, feel free to contact me.