Defamation Case: Casey Anthony lands herself back in court 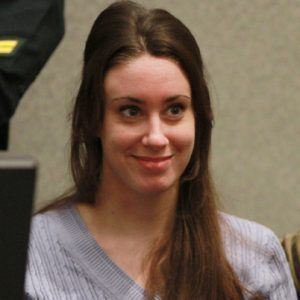 Less than two years after receiving the verdict of not guilty for murdering her two year old daughter Caylee, Casey finds herself facing yet another trial, this time in the civil courts.  Zenaida Gonzalez is suing Anthony on the grounds of defamation.  During her criminal trial, Casey repeated lied to law enforcements while they searched for her missing daughter leading all on a wild goose chase.  One of the lies told was her daughter had been kidnapped by a woman referred to as “Zanny the Nanny”, a woman later identified as Zenaida Gonzalez of Orange County.

Zenaida Gonzalez spent hours being investigated as a possible kidnap suspect.  It was later revealed that Gonzalez never watched Caylee nor ever met the mom and daughter.  Gonzalez’ was wrongfully implicated by Ms. Anthony in the trial.  She believes her good name and reputation were damaged as a result of Ms. Anthony’s falsehood.

Under defamation laws, a civil wrong is committed when someone hurts another’s reputation through slander or libel.  In this particular case, Casey Anthony slandered her name by telling law enforcements and the world that she had committed a criminal felony, the act of kidnapping her daughter.  Gonzalez claims the damage to her reputation caused her to lose her job, be evicted from her home and receive several death threats during the investigation.  She is looking to be compensated on punitive damages.

The trial which was scheduled to begin in January is now on hold.  The latest battle is on where the trial shall be held.  On a May 6th Today Show, Judge Perry who was the presiding judge during the murder trial, voiced his opinion that he believes Ms. Anthony killed her daughter. He further went on to say he was shocked when the verdict came back not guilty.   Anthony’s attorney filed a motion to move the trial outside the state of Florida believing she would not get a fair trial in Florida.  Ms. Gonzalez and her attorney are hoping the trial will remain in Florida, the state where the defaming occurred.