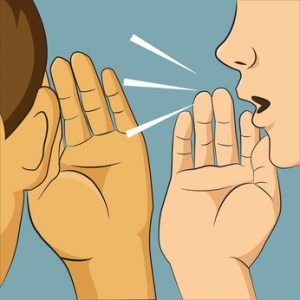 In today’s world, it seems everyone needs to be careful when talking about someone.  People are sensitive to being categorized in certain ways; the names we used to use for groups of people are now offensive.  When saying something about someone you need to make sure you have your facts straight.  With social media everywhere, when you say something, it can be recorded forever.  When posting a comment on a social media site, it is there forever.  Times have changed, that verbal tyrant you had about someone 20 years ago has taken on a whole different tone today.  I’m talking about defamation of character.

That’s the thing about defamation of character, you can be upset if someone says something or writes something negative about you, but is it true?  Another thing to consider, did the defamation result in a loss of some sort, like earnings?  In the case of the ex-employer, if your new employer heard about the rumors and decided to skip over you for a big account or a raise, you certainly have suffered a financial loss.  It would be advantageous to take the ex-employer to court to keep your reputation as accurate as possible.

When looking into whether you have been slandered or libeled, think about what you lost from the action and whether it was true.  Just because having something unappealing about us is being talked about, if it is a fact, it is not defamation of character.  You can be mad and upset, but not a winner in the court system.