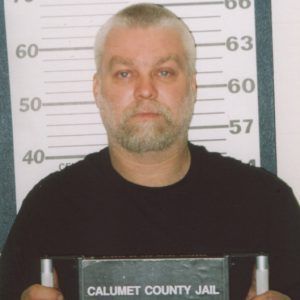 If you haven’t heard the name Steven Avery, you must be living under a rock.  Netflix released its documentary on a 10-year investigation about Mr. Avery, his overturned rape conviction and his murder trial.  Mr. Avery first came to the public’s attention when his rape conviction (in which he always maintained his innocence) was overturned due to new DNA evidence after he spent 18 years in jail.  His legal troubles weren’t over, because 2 years after being released, he was charged with the murder of Teresa Halbach.  Miss Halbach went missing after being on the Avery property and her burned body parts found in a burn pit by Mr. Avery’s mobile home.  Mr. Avery has maintained his innocence in this crime as well.  Mr. Avery has maintained that the police department in the town he lives in has framed him for the murder.  At first, most people would think that is absurd, but after watching the documentary many have changed their minds about his guilt.

The documentary is compelling and addicting.  As the prosecution builds its case and presents it in court you have to wonder about the evidence.  The two defense attorneys that defended Mr. Avery did an amazing job, even though they were not successful in winning the case.  What made them such a great defense team?  For every piece of evidence shown by the prosecution in the documentary, the defense attorneys showed how the evidence was not viable or obtained under suspicion.  They did not take any situation as it appeared and researched what else could have happened.  These are the type of defense attorneys you want if you ever have the need.  On the other hand, Mr. Avery’s nephew, who was also charged in the crime, did not have a reputable attorney.  His attorney was only interested in finding his client guilty for the prosecution.

It’s interesting to note that all the appeals for a new trial that have been filed by Mr. Avery and his nephew have been denied.  This Netflix documentary may have helped in achieving a new trial.  The documentary has raised many questions.  If you haven’t seen it, you should.  It is an in depth look at the justice system and flaws within it.  If the documentary did nothing else, it has started a conversation among people in regards to what needs to be fixed in the justice system.

I’m sure there will be much more to be heard about the Steven Avery case, much more.