Design Patents to Protect Your Software 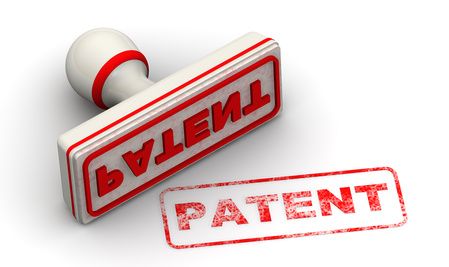 In a previous article, we discussed a legal strategy for protecting software that involved segmenting software into three tiers and protecting each tier separately. Those tiers are as follows:

This article focuses on the first tier, which involves how the user interacts with the program.

The success of most software depends on the aesthetics of its user interface, i.e. how it is displayed. A design patent may be used to protect the user interface’s appearance. This provides a distinct advantage over solely protecting the source code, since source code can be drafted in several different manners to achieve the same or similar look.

Apple, Inc. has been particularly successful in both patenting their iPhone user interface as well as protecting their patent through litigation. In the now famous Samsung Electronics Co. v. Apple, Inc. decided by the U.S. Supreme Court last December, infringement of Apple’s design patent was upheld. Although it was sent to a lower court for a determination of damages, the initial jury verdict was for $399 million. Below is an image of Apple’s iPhone user interface protected by the design patent at issue in the lawsuit. 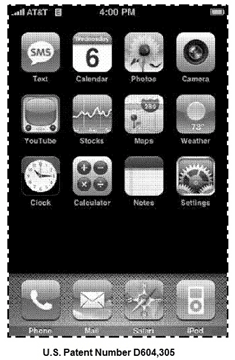 Another famous user interface that is protected by design patent is Google’s homepage. As you can see from the broken lines in the below image, Google is not claiming their name in the patent since it is already protected by trademark. However, Google did patent the overall simplistic look and layout of their user interface. 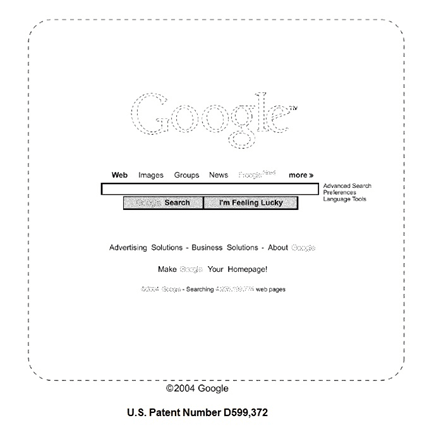 Protecting a software’s user interface with a design patent is a good strategy that is often underutilized by patent attorneys. In fact, it is so underutilized that the U.S. Supreme Court referenced cases from 1872 and 1885 when it decided Samsung v. Apple in December of 2016.

In the wake of the U.S. Supreme Court’s 2014 ruling in Alice v. CLS Bank that effectively closed the door on receiving and enforcing software utility patents, obtaining a design patent to protect a program’s user interface is an increasingly powerful tool.