Do the Redskins Have to Change Their Name? NO! 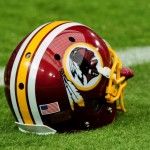 This battle has just begun.  As a New York Jets fan (insert joke about how I picked the wrong team as a kid here), I am just glad to see attention focused somewhere else…  If you want to reach out and discuss this further with me, or make fun of me for being a Jets fan, please feel free to contact me, or connect with me on Facebook, Twitter or LinkedIn.