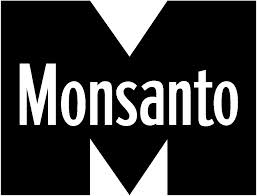 Monsanto markets Roundup Ready Seeds to farmers through special licensing agreements which give farmers the right to plant, harvest and sell crops for one season only.  Note the one season only referenced in their licensing terms.  This is important.  By making the terms only one season, it forces farmers to continue to buy from them each season thus giving them continue reward on their patent.  If the terms were not specified, then what is to stop all farmers to reproducing using left over seeds from first crop yields?

Monsanto’s Roundup Ready Seeds are resistant against glyphosate found in many herbicides used by farmers including their own herbicide, Roundup.  Many soybean plants do not survive exposure to herbicides.  By using Monsanto’s seeds, farmers are able to yield more crop return and thus turn over a higher profit for themselves.  As such the Monsanto seeds are in high demand by farmers.

Under the doctrine of patent exhaustion, a patent owner relinquishes control over their patent once first unrestricted sale is made.  After product is sold, the purchaser has control to use or sell the product as seen fit.  Bowman tried to use this doctrine of patent exhaustion as his defense claiming that once local farmers sold Monsanto seeds to grain elevator, the first unrestricted sale was made.

However, under this same doctrine no purchaser can reproduce copies of patented invention. This is where Bowman neglected to comply with the doctrine of patent exhaustion.  After buying Monsanto seeds for his first season crop, he then bought commodity soybeans of a lesser grade from a grain elevator to try to avoid the high licensing prices Monsanto charges.  Those commodity soybeans came from prior farmer harvests.  Bowman concluded that since most farmers used Monsanto seeds their commodity soybeans would most likely have the Monsanto genetic herbicide resistant technology.  His assumption proved right and he successfully harvested eight new crops from those original commodity beans.

Through Bowman’s own admission he failed to comply with their licensing agreement.  The District Court awarded damages of $84, 456 to Monsanto.  The court based their decision upon the doctrine of patent exhaustion which “does not include the right to construct an essentially new article on the template of the original, for the right to make the article remains with the patentee.”

What many people like Bowman fail to comprehend with the Doctrine of Patent Exhaustion is that the doctrine is still designed to protect the Patentee.  While control is given to purchaser to sell or make use of product, duplication is forbidden without the permission of the patent holder.