Dozens of Drone Laws Have Gone into Effect Since 2013 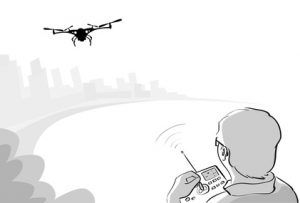 With the emergence of drones came the laws that followed. Not only that, but the laws continue to be passed due to the rise of concern because of these drones and the privacy and other legal issues that they’re bringing around. This is becoming a big issue with many of the states throughout the area and as many more people start to bring the issues up, more laws are going to continue to be passed through legislation concerning the drones.

This increase is only gradual for what is expected to come through the doors of the legislative office regarding the drones. Due to the increase and demand of having them for personal use, the laws have become more of an issue since they have to cover residential areas that are finding an issue with having them break through privacy barriers of the neighbors and other households in the area, as well as companies that see them flown around their properties.

Coming up with the next bigger and better bill to pass that would cover all rules is in the future for the legislators of many different states. They’re hoping this one bill can be passed for all of the states and areas where the drones are going to be used for both commercial and personal use in those specific areas.

As for the users of drones, they should read the specific laws and guidelines for use in their particular areas and abide by them to get the best possible use out of the drone.