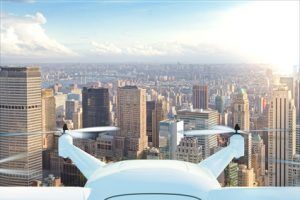 There is a lot of concern over drones and aircraft safety as well as privacy issues. People are worried about being spied on by drones, and they don’t like people flying over their homes with devices that could be equipped with recorders and other video equipment. That said, the senate is being cautious about how it comes out with new laws surrounding drones. That’s because drones offer the ability for the country to grow commercially and could bring some very real benefits to countless businesses around the country.

Senator Frank Simpson had this to say about drone technology and new laws being released around it. “This is an emerging technology that raises concerns about property rights, privacy and more, but there is also the potential for economic development and other positives.”

Simpson expects new laws surrounding drones to be released next Senate session, and there’s always going to be a chance that the laws will become too limiting. In a world when people are worried about privacy it’s tough figuring out how to govern this new form of aircraft. Legislation has failed in many parts of the country, and people still feel like they are being spied on, but at the same time, there are plenty of business owners that can’t do their jobs, because drones are just too difficult or too risky to use for business purposes.

It will be interesting to see if a good balance can be achieved when coming up with future drone laws. There’s an excellent chance that new laws will upset someone, but it’s tough to say who at this point.