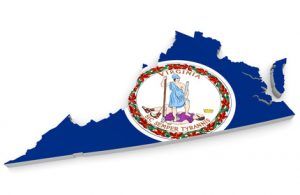 While many sections of the United States are taking a very close look at drone laws and writing up a whole bunch of new ones to ensure that everyone’s privacy is protected and that people aren’t harassing others or creating unnecessary danger to other planes and flying devices, Virginia is taking a slightly different approach. The state released HB 412 that actually makes it illegal for drones to be regulated by localities. That means that all the regulation must be completed by the state itself and smaller towns, villages are not able to handle regulation on their own.

Know the State Laws
What this means to you is that you must know what the state laws are concerning drones. It doesn’t matter what your location says about drones because they are not allowed to have laws concerning drones anyway. As long as you make an effort to know what the Virginia statewide laws are concerning drones, you won’t have any issues with the law while flying around your drone responsibly. The issue comes when people either don’t know the laws of the state when it comes to flying drones, or they just decide to ignore those laws. That’s a real problem that you have to consider and it’s something that will land many people in trouble throughout the state and the rest of the country.

Virginia Tech Receives Drone Funding
Not only is Virginia prohibiting local regulation of drones, but the state is also providing funding to Virginia Tech to ensure that the school makes improvements to drones and also comes with more useful ways to make use of them. Thanks to HB 29 and HB 30 the state regularly gives funds to the university in order to make sure that UAS or Unmanned aircraft systems are being enhanced and that new and exciting uses for the machines are being discovered each and every day. That’s an investment that will eventually benefit the companies throughout the state, and perhaps the rest of the country as well.

Virginia seems to be for drones and the state wants the technology to succeed and expand how businesses are able to complete their tasks. This is good news for companies that want to make use of drones within the state, but there are still laws that these people must be aware of, and it’s important to always learn your local laws concerning drones before you make use of the devices on your own.