Drone Wars Are Against International Laws 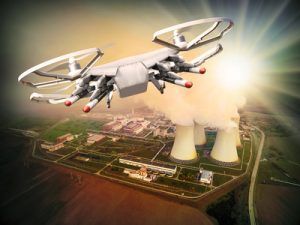 International Laws governing the use of drones are starting to provide loopholes for those that use them to their advantage within war and combat zones. However, it has come to the attention of those that use them that they’re used for combat when they shouldn’t be. This use of the drones is against the international laws for the area and though the US has put forth their own set of rules for the drones, they still do not comply with the international laws within other countries and the use of drones within them.

The Use of Drones in Combat

Drones have been used widely in combat for multiple years and continue to be the number one method used for many terrorist operations. However, until just recently they were not under the radar for being against the rules within not only the US, but for international policies that have been put into place. Now, more people are questioning the use of drones within combat. Why? Why are people just now saying something about the use of the drones within these combat zones?

As far as the states are concerned, this is keeping many of the soldiers that would normally be used for these operations out of them. This is cutting down on our casualties, while also providing a way to sneak into many of the areas that would otherwise be cut off to them. It has provided a way for the governing war bodies to win many battles with minimal casualties in the process.

However, as far as civilian casualties in these international areas, the numbers have skyrocketed after the use of the drones within the area. Many feel that this is because it is a drone, and not a person so it is not able to tell what types of people it is going to be attacking when it is out in the field. Not only that, but the cameras on them are not very proficient at detecting the differences.

Because of the civilian casualty amounts, this is raising a cause for concern for many people who are wondering if the drones are the best method for ridding the areas of the terrorists, or if there should be new rules and regulations put into place for the use of the drones in these international areas that specifically state that they should not be used in predetermined ways within these specific countries.