Drones Must Be Kept Out of Critical Infrastructural Locations 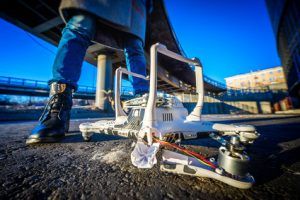 Corporate Espionage is a very real problem throughout the United States, and sometimes that comes in the form of drone footage these days. Not only that, but some people are monitoring the power companies and other major organizations like schools for surveillance purposes. That’s why Tennessee releases SB 2106, a bill that makes it illegal to take footage of critical infrastructure facilities using drones. This law should help to protect corporations as well as government facilities from people who are trying to spy on them for critical information.

Careful about Where You Fly Your Drone
The law essentially says that you must not be taking photos or videos of critical infrastructural locations around the state with a drone. That means that you should not be flying your drone around these areas at all, and if you do, you better make sure there is no camera or video recording device present when you do. As long as you can prove that there is no way to record this footage that the state is worried about you collecting, you will not have to worry about facing any legal prosecution for it.

The best way to avoid any problems when using your drone is to just keep it away from important buildings and other infrastructure locations. Instead, fly around public locations that you are allowed to be in already. A good rule of thumb to follow is that if you are allowed in a location as a person, then you can safely fly your drone around without problems in most instances as well. As long as you are being careful not to put anyone or anything at risk while flying around a specific area, you should have nothing to fear from flying your drone where you like as long as it’s a public location.

Tennessee also took the time to create a law that makes it legal to fly drones at both public and private college campuses, but only when it is on behalf of the institution. That means that you can fly your drones around campus when you are doing so for the school itself, not for personal projects.

Drone users have nothing to fear from all these laws as long as they take the time to learn the most important ones and they take action to ensure that they aren’t breaking any of them while using their devices. This is usually relatively simple to do, but it’s important to stay on top of the changes in the law to make sure that you are not breaking any new laws that you didn’t hear about.