Drones on the Coast: Will They Be Banned? 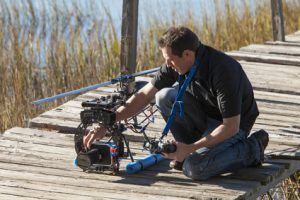 Many of the drone laws that have gone into effect have been voted on by those within the area. This is because the townspeople and other residents within the area should have a say on whether or not the use of the drones within the coastal region should be banned or regulated, or help suggest the rules that should apply to them. Many are looking forward to the vote that is set to happen, so that they’re able to put their opinions down and give a definite answer to the rest of the area.

What the New Laws Would Mean

The new laws are looking to reduce or restrict the use of drones within the immediate coastal area and towns. This would reduce or restrict them from being used by not only the residents in the area, but also by the visitors that come to the town to visit. This could be a big change for the towns where some of the people own them and fly them casually, or where many of the businesses would use them for multiple purposes.

Of course, there will be exceptions to the rules to cover those businesses that use them for other means. However, residents in the area would not be able to fly them in regulated areas due to privacy reasons in those areas. This is something for the residents to think about, since many of them are afraid of the drones within the areas of the town.

One of the biggest public concerns is seeing them on the beaches of the coast or even in the areas that are deemed mostly public. This would be the first area throughout the country to adopt a rule that would regulate and restrict the use of drones within the specific areas throughout their towns. It would also cut back on the purchase of the drones for personal use.

They are arguing that these drones are a danger to the public health and wellbeing of the citizens of the town as a whole. As such, this would mean that restricting or banning them entirely from the town would be the best way for the town to go as a whole. They cannot restrict them from being flown inside personal residences, but when it comes to the city limits outside of their own homes, this can be a rule that would change the privacy for the rest of the town.