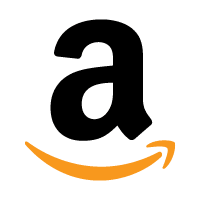 Nearly everyone on the planet has heard of online giant, Amazon. They are known for many different things, from their Prime memberships to their two-day shipping in many portions of the world. However, if you have ever used their Prime membership bonuses, then you know that sometimes their settings can be a bit difficult to manage. After a number of complaints, the FTC decided to take a look into the giant’s policies regarding accidentally purchased items.

The Problem Amazon Has with In-App Purchases

Amazon understands that a lot of people let their children play with their phones, tablets, and even their TV and game systems. This can sometimes even result in items being purchased accidentally by that child. Most of the time, Amazon had no issue refunding the money, but they would do it in the form of an Amazon credit or gift card. While some people had no issue with that type of refund, some people wanted the money returned into the account it was taken from.

It got to where so many people complained to the FTC that they decided to look into the problems Amazon was having giving refunds in the same manner that the money was taken from. After an internal investigation, the FTC decided to take Amazon to court. A judge ruled that Amazon needed to take the time to offer the option to refund the money to the same account the money was taken out of when a refund was required. For the people who do not mind how the refund is sent, they can still offer gift cards or credits, but for those that want it back where it was, that option must be presented to them.

Amazon has put safeguards in place to keep children from making purchases, but sometimes those safeguards do not work as intended. For some, finding the safeguards can be a problem, while for others, the children are so technologically savvy that they can find a way around them. In either instance, now Amazon has put the option of returning in-app purchases for a full refund into each Amazon account, whether it is associated with a Prime membership or not.
While it may not have been an intentional sore spot that Amazon created, it was a problem none-the-less. Now, consumers can feel a bit safer that the FTC has their back, even when it comes to facing a retailer that is slowly expanding to become worldwide.