Facebook Page Likes/Twitter Page Follows – Whose Property is it? 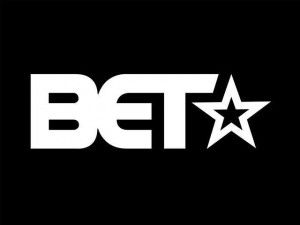 The people of Orlando, FL were taken back by the latest ruling made by a Florida federal court judge in the Stacey Mattocks vs. Black Entertainment Television network, when he ruled that Facebook ‘like’ cannot owned by anyone.

The Gist of the Lawsuit

Stacey Mattocks, a South Florida based insurance agent, was credited for helping to bring back the comedy TV show ‘The Game’ which is about fictional professional football players’ lives which was annulled in 2009 by The CW Network. Mattock created a Facebook page for the show and ran a social media campaign that garnered about 6.2 million likes, which eventually brought the show back in 2011.

Mattocks stated that after the show was on air, the network offered her a position with the Viacom-owned network as a social media freelancer. She was offered a full time job at $85,000 a year and an additional $15,000 for the purchase of the Facebook page. Mattocks on the other hand wanted $1.2 million dollars for the Facebook likes. When they did not agree, the relationship began to go downhill and Mattocks reduced BET’s access to the page to that of a mere ‘moderator’. BET retaliated by asking Facebook and Twitter to create another page and shift the likes and follows over to the new page, to this request both Facebook and Twitter complied.

Back in June 2014, a struggle erupted over who owns the page. Mattock sued the cable channel for purportedly committing indirect interference, breach of good faith and copyright infringement. This issue holds neither a company nor a professional writer as owner, but the page which Mattock created that brought back the TV show through which BET gained a lot of profit is up for grabs.

“Based on the record, Mattocks cannot establish that she owns a property interest in the “likes” on the FB Page. … “Liking” a Facebook Page simply means that the user is expressing his or her enjoyment or approval of the content. At any time, moreover, the user is free to revoke the “like” by clicking on “unlike” button. So if anyone can be deemed to own the “likes” on a Page, it is the individual users responsible for them. Given the tenuous relationship between “likes” on a Facebook Page and the creator of the Page, the “likes” cannot be converted in the same manner as goodwill or other intangible business interests.”

The Actual Problem – Who Owns the Page

The Question here is not whether a like or a follow can be owned, however, the question is who owns a Facebook or Twitter page. As the creator of the page, did Stacey Mattocks have complete ownership of the Facebook page or was BET being the actual copyright owner of the show have all the rights even if common users create such pages to show their support and love for a particular TV show, movie, actors, directors, books, music, etc. Mattock is not a cyber-crime; she is just one of those people who does not have a deeper understanding about IP and copyright procedures.