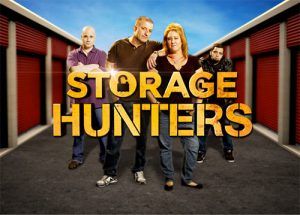 Husband and wife team of TruTV’s television show “Storage Hunters”, Scott and Chrissy Tassone, are suing TruTV for breach of contract and defamation after being unceremoniously dropped from the show. The couple filed their case with the California Superior Court on October 8th stating “the defamatory and harassing actions were made in an attempt to cause irreparable damage to plaintiffs businesses, name and reputation”.

The Tassones claim employees of T Group Production intentionally bad mouthed their reputation and characters on public postings calling them con artists, thieves, liars and operating in shady business practices. They claim their defamatory actions have caused detrimental damage to their business and personal images.

The suit further states that the Tassones initial attempt to remedy the situation with T Group Productions and TruTV was ignored. In fact the couple, claim that both T Group and TruTV conspired to encourage their gossiping employees in an effort to boost show drama ratings. Other charges brought up were trade libel, fraud and intentional deceit and negligence.

Interesting enough, this is the not the only storage show to get slapped with a lawsuit. Last March A&E won the lawsuit brought on by their former “Storage Wars” star Dave Hester, who stated the television network breached their contract when letting him go from the show. The judge ruled in favor of A&E, because Hester did not submit enough compelling evidence to support his claim of wrongful termination.

If Scott and Chrissy Tassones reports are true regarding unsavory public postings, it will be harder for TruTv and T Group to argue their non-involvement with defamatory behavior. Once comments are made viral, they cannot be covered up or denied.