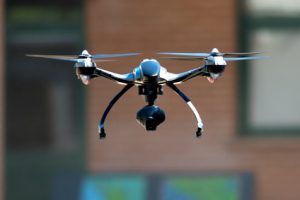 While many countries haven’t caught up to the United States when it comes to legislation around drones, many countries are now hard at work coming up with their own laws around the devices, including France. French legislators have a long list of drone-based laws they are about to release, and the new laws could seriously change how drone owners can use their devices.

One of the new laws in France governing drones, could see people receiving fines up to €15,000 and up to six months in prison. Anyone flying in a restricted area runs the risk of receiving such a punishment in France, and it shows that the government is taking drones very seriously and that it wants to ensure that people are using them safely and that they aren’t compromising the safety of aircraft up above.

French lawmakers are also pushing for legislation that allows them to fit the devices with special security features if they are over 800 grams in weight. Devices of that weight would be fitted with safety mechanisms such as geo-radars that make it impossible for them to fly over restricted areas. The devices would be deactivated or turned around by the radar systems when they are triggered.

Drone Laws Not Enforced Until 2019

Even though many new drone laws are set to come out in the near future, French authorities say that most of them aren’t going to go into effect until 2019. That will give residents the time to modify their drones to meet the new legislation requirements.

There’s also a plan to have every drone owner register their aircraft and to go through a series of tests to prove that they know what they are doing and understand all the safety laws. Such a test would go over the laws, and flying safety.

There have been a few safety concerns around drones in France lately, which is part of why legislators are working so hard to get laws in place to limit how they are used. Drones were spotted flying over a nuclear facility at one point, and a drone nearly collided with an airplane that was landing in another instance. Drones pose a very real threat to planes and could cause damage or even lead to a crash in certain instances.

France isn’t messing around when it comes to drone laws, and there will soon be plenty of limitations around flying these devices around the country.