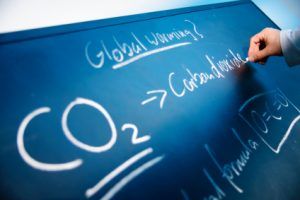 In the United States, things are heating up in the courtrooms and by heating up I mean global warming damage. People have talked about the affects global warming will have on our environment for decades.  Over the last twenty years, Americans have been taught to recycle, conserve their water usage, and buy energy efficient products all in an effort to preserve the earth.  Yet, even with all our efforts, global warming damage has begun and with the damage, the lawsuits are piling in.

From 1989 to October 2012, Michael Gerrard, Director of the Center for Climate Change Law at Colombia University, has tracked the lawsuit cases related to climate.  He states 527 climate-related lawsuits were filed during this time period.  He predicts this number of climate-related lawsuits will only increase as the years go by, which leaves many judicial courts wondering how to proceed with this grey area topic.

In 2008, the Inupiat Eskimos of Kivalina, Alaska filed global warming related suits against several energy providers that they claimed were responsible for destroying their home.  The affects of global warming has caused the large iceberg that bordered the village to melt and with the melting ice, the sea levels raised.  The rising seas swept in and claimed the coastline of Kivalina, forcing 400 Inupiat Eskimos to flee their homes.  They strongly believe that the energy providers polluting the ozone are to blame for the global warming damage.

One of their lawsuits against Exxon Mobil is worth noting here as the judge’s ruling may set the precedent for how other judicial courts will rule on future climate-related cases.  In the case against Exxon Mobil, the Inupiat lost.  The court ruled that it was impossible to hold Exxon Mobil liability when by the Eskimos own factual emission, they stated that there were many pollution emitters worldwide.  How can they possibly pinpoint the fault to this one company?  Judge Sidney R. Thomas wrote in his ruling “By Kivalina’s own factual allegations, global warming has been occurring for hundreds of years and is the result of a vast multitude of emitters worldwide who emissions mix quickly, stay in the atmosphere for centuries, and as a result, are undifferentiated in the global atmosphere”.

It is going to be hard for individuals to win climate related cases.  These individuals have the burden to prove that these corporations are to blame for the global warming damage.  As more climate-related suits are filed each year, it will be interesting to see whether the tide will shift in favor of the plaintiffs.