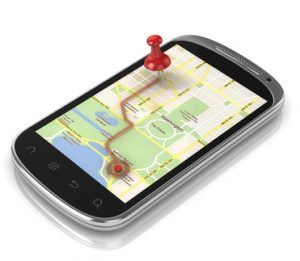 Just a few weeks ago Philadelphia’s Third Circuit Court of Appeals handed down a ruling in United States v. Katzin that will effect the practices of local, state, and federal law enforcement agencies across the country. The Court decided that law enforcement agents need probable cause and a warrant before attaching a global positioning system (GPS) device to a vehicle to track its movement.

The original case against Katzin stemmed from a 2010 FBI investigation where agents attached a GPS tracker to a van of Mr. Katzin, a suspect in a string of burglaries at local pharmacies. The Philadelphia state police trailed Katzin and he and a group of men were pulled over in possession of stolen merchandise after robbing a Rite Aid. Once Katzin was brought to trial, he and his accomplices (who also happened to be his brothers) argued that all the evidence found in the van should be suppressed. The government argued that the GPS tracker fell under the automobile exception to the warrant requirement. The Third Circuit Court rejected this argument along with a subsequent argument that the evidence should be admitted under the good faith exception by stating that “law enforcement personnel made a deliberate decision to forego securing a warrant before attaching a GPS device directly to a target vehicle in the absence of binding Fourth Amendment precedent authorizing such a practice…”

The precedent the new ruling refers to and strengthens is the 2012 Supreme Court decision in United States v. Jones where it was decided that a GPS device was a physical intrusion by the government and constituted a search under the Fourth Amendment. This decision stopped short of explicitly saying a warrant was needed however. The Jones case differs from Katzin in that law enforcement obtained a warrant before using the GPS tracker and made the error of using the device out of the scope of the warrant.

An immediate repercussion of the Third Circuit Court’s decision is the likely dismissal of the case against Katzin. It is unclear whether the Justice Department will try for a rehearing with the Third Court or possibly petition the Supreme Court looking for a different decision. If an appeal of some sort is not made, it looks like all the Katzin brothers will be going free as the cases against the men have been severely weakened due to the inadmissible evidence. As the courts continue to wade through the murky waters that new technology present to law enforcement, it will be interesting to see how many decide on the conservative side of privacy.