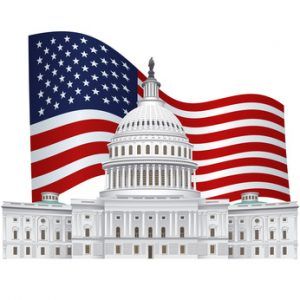 Before there was any law regarding obtaining supplies for the government, private citizens supplied them from their own resources.  There was no quality control.  The only way the government knew it wasn’t getting what it needed was after the product had been delivered and paid for.  The first regulation passed by the government dealing with procuring supplies was the 1795, Purveyor of Public Affairs Act.  This act allowed specific supplies and materials needed by the government to be purchased.

The Civil War brought with it a huge demand for supplies and materials.  A law was passed in 1861, the Civil Sundry Appropriations Act.  This act dealt with the procurement process for supplies and materials and was in effect for 86 more years.  Labor unions and small businesses needed protection in 1980 the Sherman Act was passed.    And the Armed Services Procurement Act was passed in 1947 which helped continued the sealed bid procurement process.

These Acts were enacted to protect both the government and the workers.  And if you want to do business with the government today, you need to adhere to these laws.  If you have workers making products you hope to have the government contract with you better follow the Eight-Hour Work Law from 1892.  This established the 8 hour work day.  And don’t forget the Bacon-Davis Act of 1931 to set a minimum wage for workers.  There was the Buy American Act of 1933 that required only products made in America be considered for purchase by the government.  This Act continued with the Berry Amendment for only U.S grown natural products and food.

As expected, many of the Acts and statutes have been revised and updated as the world has grown.  Some 225 statues and regulations have been repealed or drastically changed.  The procurement procedure of the U.S. government has been streamlined and contrary to popular belief has been simplified.  Small businesses now have a chance to compete for government contracts as the required purchase level for small purchases was reduced to $3000 from $25000.  This reduction has made it possible for disadvantaged small businesses or minority owned businesses to put themselves in contention for a government contract.

Government will continue to change regulations and statutes for doing business with them as times change.  Always remember, however, that the government wants to do business with competent and competitive businesses.  By getting a greater understanding of the process involved in government contracts you will be less intimidated and have confidence in your company’s ability to win a contract.