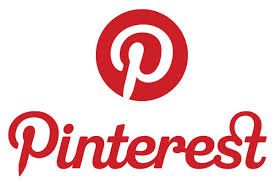 Pinterest, the latest thing in social networking sites, could potentially pose major legal problems for individuals or businesses using this service. With the tremendous growth Pinterest has seen since its inception in 2010 (as of February 2013 the site had over 48 million users), it is just a matter of time before some companies may get into copyright or trademark trouble. The concept of Pinterest encourages users to share photos and categorize them on various boards. Legal problems could arise in the act of photo uploading and sharing. Users can grab photos from anywhere on the internet to “pin,” at this point the photo can then be pinned by any other user on the site.

While a typical individual user may not have too much to worry about if they pin an image that they do not own, businesses who make the mistake of using a copyrighted photo may face lawsuits and/or monetary penalties. An unknowing employee working on a business’ official Pinterest profile could pin a photo to its board from another user which could be copyrighted or contain trademarks from a third party. It is the company’s responsibility to ensure that the images they pin do not belong to another individual or business. Pinterest’s terms of use put the burden of image ownership entirely on its users. Larger businesses should have a legal department to head off this problem internally before it begins but it is the smaller companies with less resources looking to broaden their internet presence by using Pinterest who really need to keep an eye on what is being pinned on its profile.

In the last year, Pinterest has begun to address the problem by introducing a “nopin” code for websites to keep their images off the site and has also worked with a handful of sites to add automatic attribution of authors to images. Even with these steps there is still a vast amount of images being shared on Pinterest which pose a problem. Although no major legal battles over the image sharing have been noted to date, it should be interesting to watch and see what happens in the future.