Intellectual Property theft is on the FBI radar 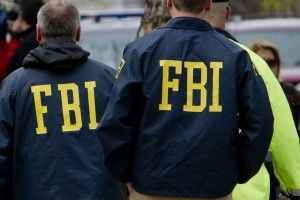 The crime of stealing has been around since the beginning of man, possibly even before.  All forms of life “steal”.  Think about your pets; haven’t you seen one dog take a toy from another?  Haven’t you witnessed that cherished meal being enjoyed by a seagull and then being stolen by another?  Even with trees; the larger tree overshadows the smaller one “stealing” the sun’s beneficial effects.  Stealing is something that has been around since the beginning of time and will always be with us.  Our response to crime is to have organizations that hunt down the perpetrators and stop the activity.  The FBI is one of our nations most esteemed criminal justice organizations.  What is surprising is that the FBI is hot on the trail of those who steal intellectual property.

Intellectual property is defined as someone’s ideas, creative expressions and inventions.  This involves a wide variety of things from trade secrets to parts of books, songs, movies and software.  Digital technology and file sharing has brought this type of crime front and center.  There is evidence that many of these crimes are taking place overseas.  No longer does a thief have to physically be where the “property” is; a click of a mouse is all it takes.  And the internet has made it so that the thief can be in the same room or around the world.

Preventing this type of crime is a priority with the FBI due to the possible effect on the public’s health and safety.   Think of how dangerous it is to have counterfeit electronics parts being installed into critical systems.  Think about counterfeit aircraft or cars.  What about inferior copied food products that sicken the population?  National security is another concern.  Stealing plans and ideas can lead to extremely dangerous situations for the public.  The FBI criminal investigations team is constantly on the lookout for this sort of thing.