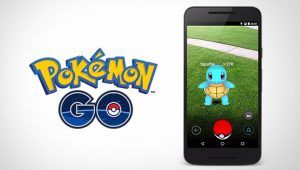 The new game that has been sweeping the nation is also one that has a lot of legal backlash that is coming to it. The Intellectual Property laws that are out there may not cover all of the basics that come with the game itself, which can cause a real problem for the company that owns and distributes the game through many different devices.

Many people have already sustained injuries due to playing the game and so far, no legal action has been taken against the makers of the game. However, whether the person gets into the car and then into an accident while playing or someone drowns while trying to catch a rare Pokemon, there are still many legal implications that have yet to be addressed in the game, before the lawsuits do start rolling in.

While, it is arguable that Snapchat’s lawsuits could be the same as Pokemon Go’s, there are certain safeguards currently in place by Pokemon Go’s makers to ensure that everyone has a safe experience while playing. It does state not to play while operating machinery or driving a car, as well as turning off and not being able to be played when the person is going over a certain speed. There are no add-ons that show you that you’re speeding, unlike Snapchat either.

The privacy of the game caused a big uproar when it was found out that the makers of the game were essentially gathering information from Google accounts. However, they didn’t realize this and they quickly fixed the issue so that they were not granted any access into Google accounts of the players that would sign onto the game.

Another thing is that they provide the user with a Privacy Policy that covers the user’s privacy in clear information right in the app, so that the person would know that none of their information is being used against them.

One of the biggest issues by far, though, is the fact that the app tracks everywhere that you go, every major landmark, your address and everything else. This information is then stored through the maps app, giving the owner of the app access to all of the important information around you, even some of the personal information such as your name and address that you’d have to use to play the game in the first place.

As for now, many of these privacy issues are being handled and dealt with, but many of the players are still concerned about how safe the app truly is.