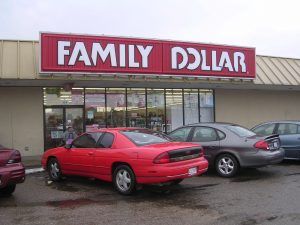 Brighton Heights, Pennsylvania Store Manager Oliver Holmes, 50, reports he was forced to sleep overnight at his desk to be at the store early enough to accept early morning deliveries, then work a 12 hour shift. He along with the other managers are claiming the company assigns them over 120 hours a week in non-managerial tasks, but gets away without paying them overtime by titling them as managers. Under Pennsylvania law, any employee who works over 40 hours a week is entitled to overpay, unless they are part of management.

The plaintiffs are arguing that only 5% of their job description is actually managerial tasks, where the other 95% is made up of non-managerial tasks such as cleaning the store and the bathrooms, ringing up customers and collecting the shopping carts from the parking lot.

Is this a loop hole in the employee labor laws? Can large corporations get away with not paying employees for their hours worked by giving them manager titles that do not match typical manager job descriptions?

If the managers are successful in proving their case to the Allegheny County Court of Common Pleas, Family Dollar will have to pay for their over time hours and punitive damages. This case in particular will be interesting to follow as the outcome of the trial may lead to a stricter definition of the word “management” and what determining criteria must be met to term an employee under management classification.