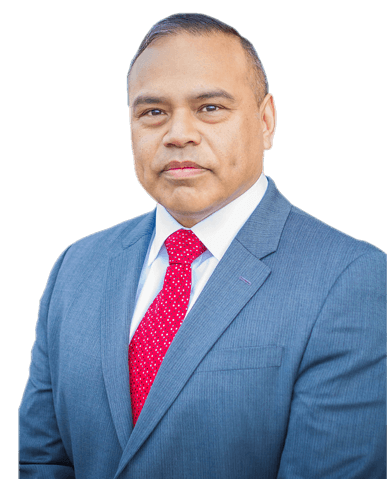 Areas of Practice
Education
Training
Professional Activities
He was selected by the Marine Corps to participate in the U.S. Congressional Fellowship Program where he served as a Military Legislative Assistant in the U.S. Senate and was selected by the White House to serve as a Military Social Aide during the last year of the Clinton Administration and the first two years of the Bush Administration.
Personal awards

Jason Lagasca currently serves as a Government Contracts Attorney at Widerman Malek, PL and has extensive experience in the areas of government contracts and business law matters.  He assists small and medium-sized companies in the pursuit and maintenance of federal, state and local government contracts.

Prior to joining Widerman Malek, Jason served for almost 27 years in the United States Marine Corps and retired as a Colonel.

After several years in the courtroom as a prosecutor in the States and overseas, Jason began to serve in operational law positions addressing procurement, contracting, logistics, international law, and rules of engagement.  During his tour with the Third Marine Division, Jason served as the Staff Judge Advocate (General Counsel) to the Commanding General for the division.  Jason was then assigned to the Joint Staff (J-5) (Strategy, Plans and Policy Division) where his portfolio included weapons of mass destruction and their delivery systems – focusing on treaties and other legal regimes to thwart adversaries from gaining export controlled and dual-use technologies.

After tours within the Office of Director of National Intelligence, Jason once again served as the Staff Judge Advocate (General Counsel) for the Commanding General of the Marine Corps Recruit Depot in Parris Island and went on to serve in the Office of the Secretary of Defense as the Senior Military Assistant (Chief of Staff) to the Department of Defense (DoD) General Counsel, the DoD’s senior attorney, overseeing a cadre of 150 attorneys addressing a myriad of legal issues for the Secretary of Defense and the different branches of the military services (i.e. contractual matters, acquisitions and logistics, standards of conduct, personnel and health policy, international affairs, legislative affairs, litigation, contingency operations, military commissions, international humanitarian efforts, environmental matters, etc.).

Most recently he served at the Financial Crimes Enforcement Network (FinCEN), Department of Treasury as the Acting Deputy Associate Director and the Director of Operations and has served as a senior consultant for a global consulting company.

He is a member of the National Contract Management Association, the Women in Defense and the National Space Club (Florida Committee).  Jason received his Bachelors of Science from the United States Naval Academy, his Juris Doctorate from Quinnipiac University School of Law and has served as a U.S. Congressional Fellow in the U.S. Senate and as a White House Social Aide.