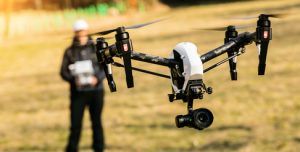 Drones are pretty cool devices and they are being picked up for a range of reasons by companies and individuals alike, but what happens when they are used to get views of people that invade their privacy? Is it harassment? Are the pilots of the devices breaking the law? These are the questions that states and federal governments are trying to answer. Anyone that lives in Kansas has a bit more of a definitive answer over what constituted harassment when operating a drone, and that’s good news for anyone worried about breaking the law during the next drone flight that they take.

What the Law Says
Basically, SB 319 says that operators of unmanned aerial vehicles are harassing other people if there is a pattern of two or more events where that vehicle is going over the other person’s property or another occupied location. That means that if you pilot the drone around your local town and you don’t continue to go back to the same location you are probably safe under the current law.

Pilots that fly around a person’s home or vehicle several times run the risk of being charged with harassment. That’s why you must be careful how you operate any drones that you have to avoid such charged. Since most states are demanding that drone owners register themselves, it’s possible to be identified as the pilot of the device and to be charged with harassment if you are breaking this new state law.

What that means is that you should only fly your drone over a location that you don’t own a single time and then continue moving on along the road. As long as you don’t remain in the same place consistently there is no reason to worry about any lawsuits forming around the action or police intervention either.

Drone laws are constantly changing around the world, and this is just another rule that you’ll have to keep in mind while using your drone. If you are careful to respect the privacy of others while using your drone you likely don’t have anything to worry about at all, but those that try to invade the privacy of others by repeatedly flying drones over the same area could face charges, which is exactly what you should take away from the new Kansas law. Laws are bound to keep coming out and affecting how police treat drones and how owners are charged with crimes and how they are expected to behave with the devices.