Keep Drones out of Police Barricades 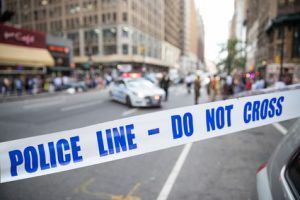 Drones are increasingly being used to get a view of locations that are supposed to be off limits. This is a problem that police and the government at large is trying to deal with, and Louisiana just released a law, known as SB 73 that makes it illegal to fly a drone over a police cordon. What that means is that you need to take care when flying drones around sensitive locations, because you might not just be irritating people in the process, you could also be breaking the law in some areas of the country like Louisiana.

Why this is an Issue?
One of the main issues with drones getting over a police cordon is that the drone can capture images and videos of the scene down below. If there is a sensitive crime the police don’t want the public to witness right away, the drone could capture that crime and let others see exactly what is going on. Not only may the drone obtain photos or video that it shouldn’t be, but it could be used to distract officers and make it more difficult for them to complete their job overall.

Most of the time a drone is probably harmless and not going to cause any serious problems to the investigation, but there is always the possibility for abuse and it’s better to take action to prevent the problem entirely, rather than to deal with drones on a case-by-case basis, or at least that’s how Louisiana looks at the issue.

What the Law Says
Anyone that flies a drone across a police cordon that’s supposed to be closed for investigation or any other reason will face charges of obstructing an officer, which is a pretty serious charge. That means if you live in Louisiana you must be very careful to avoid crossing over any police lines that are set up. Police officers also have the right to destroy drones that are being used to break laws or put others in danger, so you must be aware of the risk to your drone if you aren’t following the local laws carefully.
Drones are excellent tools when used properly and they can be a lot of fun to fly around as well, but it’s important to make sure that you’re following the local laws. IF you live in Louisiana take great care when flying anywhere near a police barricade of any type, you are likely breaking the law and could face some pretty serious charges as well.