Life After Allowance – What’s a Patentee to Do?

Receiving a notice of allowance is the patent equivalence of reaching the promised land.  After years of effort and expense, the Patent Office has deemed your application worthy of becoming a patent, and issued a Notice of Allowance accordingly.  However, this does not necessarily mean the end of the road as far as patent prosecution is concerned for the various aspects of your invention described in your specification, but not necessarily represented in your allowed claims.  If you feel like you might have left something on the table in your allowed claims, or you have made improvements on your invention, there are a number of options available.

There are two types of applications that can be filed at any point during the pendency of an application – continuations and continuations-in-part (CIP).  Each application gives you, the applicant, to try to patent something that is contained, at least partially, in the pending application and not currently claimed in pending application.  In the case of a continuation, no new material is added to the specification, but new claims are submitted.  These new claims are directed to an aspect of the invention that is described in the original application, but is not claimed in the allowed application.  In contrast, in a CIP, new matter can be added to the specification, in addition to new claims.  However, the drawback to a CIP is the effective filing date, or the date which any potential prior art is determined from.  For all material disclosed in the allowed application, and any claim in the CIP relying on that disclosure, the effective filing date is the priority date of the allowed application.  For all new material disclosed in the CIP, the filing date for that disclosure, and any claim relying on it, is the filing date of the CIP. 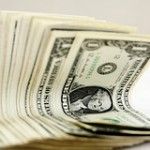 Not That Kind of Allowance

However, for any continuation or CIP application you might file, it is important to file the application BEFORE THE ALLOWED PATENT ISSUES.  Once the allowed patent issues, it is no longer considered a “pending application,” the statutory requirement, and no continuation or CIP application may be filed; the ship has sailed.  In order to avoid such an unpleasant turn of events, itbehooves you to file early if there is any patent subject matter.  While it is true that you can file one of the applications after paying the issue fee, that is a less-than-optimal strategy, as having more time is almost always better than having to draft an application against a hard deadline.