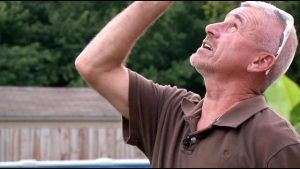 Recently a roofer was flying his drone around town, taking a look at the sights, when his drone was blasted out of the sky. The man that did the shooting alleges that the drone was spying on his 16 year old daughter that was sunbathing at the time, while the roofer argues that that simply wasn’t the case and that he was innocently inspecting property in the area for a friend and that he wasn’t even that close to the man’s property.

The roofer is demanding that he be paid back the $1,800 that his drone cost, because his neighbor shot it down with his shotgun. The case is over whether or not that is going to be necessary, and the debate is still up in the air. The Federal Court is currently overseeing the Kentucky case, and it’s a pretty high-profile decision.

At the moment there is no clear distinction about whether or not you are allowed to take action to keep drones out of your space. Air space is supposed to be public property, which is why airplanes are allowed to fly over your home, but drones are making that distinction a bit more difficult to swallow.

The case is determining whether or not the air space over your home is actually your space as well, and if the man that shot the drone down was legally in the right or not. The results of the case will likely have a major impact on US drone laws in the future, and could let drone owners know that they are either free to fly their drones around on other people’s property, or that they really need to take caution and obtain permission before flying around.

Drone technology is past what the current laws can handle, and there are cases piling up just like this one where legislators and judges are trying to figure out whether drones are breaking the law or not. Those calls are becoming increasingly difficult to make, which is why this drone case is so important. It should help clarify what drones are allowed to do, and when owners are going too far. When countries like Australia are being criticized for having too lenient drone laws, it’s important to make sure that the laws in the United States meet the needs of the public and of business owners as well.