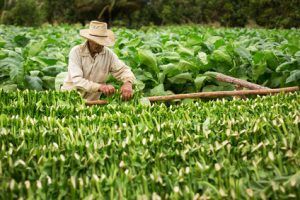 All of this began in the mid 1990’s.  Forty states came together to start litigation stated that the tobacco industry was causing health problems for the population and sought monetary compensation for the strain it put on those states health care systems.  Florida, Texas, Minnesota and Mississippi were the only states not included in the Master Settlement agreement due to previously settling with the tobacco industry on individual lawsuits. In addition, the 46 states in the lawsuit, it also included Puerto Rico, the Virgin Islands and the District of Columbia.

The four Original Participating Manufacturers (OPMs) in the settlement agreed to the following in addition to the monetary compensation.  This language is directly from the agreement:

The amount of money the tobacco industry has to pay and the other restrictions seem like a huge win for the states involved.  Even though the tobacco industry paid a hefty price, they are still going strong.  Smoking is still a popular habit for many and the disease caused by the cigarettes still causes a strain on the nation’s healthcare systems.