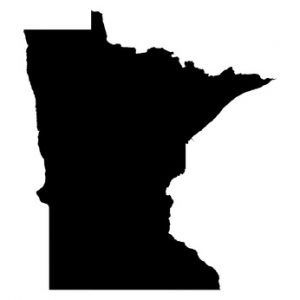 Flying drones around has now become a scary action that could result in pretty serious fines when you do so in the United States, or at least that’s how it seems from one man’s recent experience. He was doing his friend a favor and taking some aerial photos of an event, and is now being fined a total of $55,000 from the government. The sad thing is, that he appears to have been going out of his way to follow along with current drone laws, as confusing currently seem to be.

Mical Caterina, a resident of Eden Prairie Minnesota is being fined a total of $55,000 by the Federal Aviation Administration. The organization claims that Caterina broke five different laws and they are fining him $11,000 for each of the broken laws.

Treated as a Business

Caterina is being treated as if he is running a commercial drone business, or so it seems, since all the regulations that were broken are for commercial businesses and not for private drone hobbyists. The only issue with that ruling is that Caterina claims that he has never accepted any money for his drone photos. Instead, he is doing it for fun and to master the skill of aerial photography before finally charging for his services.

He Tried to Remain within the Laws

Caterina took some measures to remain compliant with changing drone laws. He took the time to register his drones before using them when that was made a requirement. Caterina was contacted by the FAA before conducting the flight, and he called them back before the big day, but there was no answer. He decided to go ahead with the flight anyway, and ended up getting fined big time for offenses that it’s difficult to argue he ever completed.

The actual event that got Caterina in so much trouble was the filming of a tribute to Cecil the Lion. A group of people created a human Cecil the Lion out of their bodies, and Caterina flew the drone high up in the sky to capture the formation on the ground below. Before agreeing to do the event, he ensured that he was far enough from the nearby airport and that he would not be over any people or any private land. He also made sure that he wasn’t flying over a residential area. Even when taking all those measures, he was fined heavily for a task that he did as a favor for a friend.

Caterina is going to fight the offenses, and it’s unclear whether he is going to end up having to pay the fines or not, but it’s definitely scary for anyone considering flying a drone. It just shows that even when you are careful, it’s possible to break the current drone laws in the United States. They are constantly changing and can be confusing to try to interpret as well.